OFCCP has received approval from the Office of Management and Budget (OMB) to put in place Affirmative Action Program Verification Interface (AAP-VI). 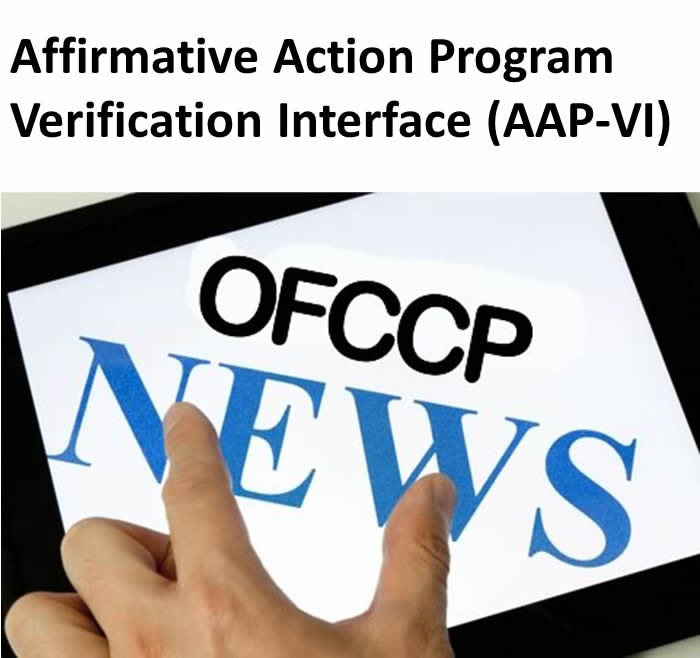 What does this mean for you?

OFCCP has put out a guide on the Affirmative Action Program Verification Interface (AAP-VI).

The agency has not yet provided clarification on the details of the program and how documentation will be submitted.

We will post further detail as the agency makes the information public.

We are here to support you with all aspects of your OFCCP regulation obligations as an affirmative action employer.